The Great and Terrible Story of The Boy, Part 8 (I really hope this is the end. Jeez!)

I'm off into the city for the day while The Boy teaches French lessons.

I went to see Morning Glory with Rachel McAdams.  I really enjoyed it.  Things are looking' up for the rest of my trip!

By the time I get out of the flick, I go visit my friend, Miss Karen, who works at Macy's.  She worked in the toy department, and told me that she'd just helped Roberta Flack who spent $1000 on her grandson.  "$1,000?!" I said to my friend, Miss Karen, "Did you ask her if it was killing her softly?? Ahahahahaha!" See, this trip wasn't all bad.

Met The Boy after that.  We had a party to go to- a friend of his was turning 40 -but we had time to get some dinner first.

We're still dragging our luggage around everywhere, of course.  The Boy had shown frustration toward the bags, of which he was very kindly dragging along mine and his (mine was a duffle which he set on top of his rolling suitcase).  Understandably so, his anger toward the bags was growing.  They simply did not behave.

We sit down in a restaurant.  He tells me he hasn't eaten all day, because he's too stressed to eat and has no appetite.  So he drinks to glasses of Pinot Grigio.  I'm eating a small dinner and struggling to stay awake.  You have no idea.  Ordering one diet coke after another.  But as tired as I was, I was not oblivious to the fact that he was in a terrible mood.

It's time to meet his friends for the party, which includes the birthday boy himself.

We drag our luggage up the stairs of The Birthday Boy's building and then back down to go to the party.  His other friend, John Lennon, asked what we'd been up to.  The Boy told him we stopped somewhere for dinner.  I said to John Lennon, "I ate. Boy doesn't eat." As I say this, I realize I haven't seen The Boy eat since the French restaurant two nights ago.

The way The Boy whines is starting to remind me of Napoleon Dynamite.

We grab a taxi to go to the party, of course with our luggage.

Before this night, The Boy had expressed how sorry he was that he had to drag me to this party and "I don't know how long we'll be there because we're staying with John Lennon that night so we're stuck there till he leaves."

We got to the bar where the party was and parked our luggage in a little corner.  The music was insanely loud, as it tends to be.  We sit down next to each other, The Boy and I.  I naturally know no one. I only assume The Boy does.  And yet he just sits there with me not talking to anyone, including me.  A couple of people came up and introduced themselves.

After, like, 10 whole minutes, The Boy screams over the music, "Well, Ashley, we're not talking so I'm gonna answer this text."

He picks up his phone. I chuckle, which he can't hear because the music is so loud.  He gets up to get a beer.  I get up and start talking to people.  After ending a conversation with someone, The Boy comes back over to me and asks, like he has a bad taste in his mouth, "Who was that?"

I tell him the person's name.  He shrugs.

He goes out for a smoke a few times with John Lennon.  He has 3 or 4 more beers.  I continue to mingle.

After several hours, The Boy and I finally have a conversation.  Clearly, talking is not The Boy's strong suit.  Not even in person.  No wonder his profession is teaching a language that is not his native one.  So, yes, we had a conversation, but he was still his whiney self.  "I didn't wanna see those pictures from high school.  I hated high school.  I don't wanna think about that."  That was just a drop in the bucket.

Then Moby walked in.  The real Moby.  Yeah, that famous guy.  He knows The Birthday Boy. Finally! Another moment from the trip to write home about!

It's time to leave.  We get to John Lennon's apartment in Brooklyn, and I immediately start getting ready for bed.  I'm so crazy tired.  John Lennon's girlfriend had gotten an air mattress ready for The Boy and I.  I get into bed. The Boy is trying to tell me about a cat he'd found with his previous girlfriend. You know, the crazy one that he thought he was gonna marry? But I fall asleep.  I can't help it.  I NEED SLEEP, CHRISTMAS JESUS!

The next morning, I put a box of chocolates in the room we stayed in at John Lennon's with a thank you note.  We go to a late breakfast with John Lennon and girlfriend.

Now, at this point, as far as I understand things, this is The Boy's only free day while I'm in NY.  The next day, my last one in which I fly home in the evening, he'd be teaching and our goodbye would be in the morning.

At breakfast with JL and his gf, they asked if we'd done anything fun since I'd arrived.  Uh...

The Boy pipes up, "Well, Ashley was hoping to go to a museum but I think we've run out of time for that."

The Boy looks at me, "When do you leave again?"

"Oh, then we can totally go to a museum."

"Oh, I thought you were teaching tomorrow."

"I actually only have one lesson in the morning."

My last night there, The Boy has a cat-sitting gig for his Uncle's Boyfriend.  We'll be in an apartment that no one has to pay for and no one will be there but us.  Ashley's gonna get some more sex!

We get there.  Drop our bags.  And The Boy seemed transformed.  Perhaps when we dropped the bags, he released some major stress.  I mean, he swore at those bags in the days previous.  There were a few Jesus Christs and Godammits aimed at those poor bags through gritted teeth.  All I could think was, "What if that was one of our children?!"

We relax for a bit.  Decide to grab dinner and a movie.

As we start strolling down the sidewalk, I start to see a different side of him. He's calm, he's lighter on his feet, he's fun.

We go to a pub for dinner.  We didn't realize until we sat down that most of the people in the pub were there to watch the New York Jets game on the TV's.  It was loud, but we managed a really great conversation while I ate from the biggest plate of nachos I'd ever seen and cheered on the Jets with everyone else.

We walked around for a bit before our movie started. He put his arm around me.

Our movie was lame and I fell asleep.  After the movie, The Boy told me the movie made him cry, so I felt bad for sleeping.

Back at the apartment, we sat on the couch flipping channels for far too long.  I eventually decided to just get up and start getting ready for bed.  There was a twin size bed that we would be sleeping in together.  By the time I was ready for bed, he was already in bed and got up to let me slip in next to him.

We talked for all of about 30 seconds before we started kissing.  And, yep, we did it again. Then we talked till we could see the light of dawn through the windows.  And fell asleep.

He left for his lesson.  I slept some more.  Got up and went to see Miss Karen.  She made me muffins.  The Boy met me there.  We went back to the apartment holding hands.  He took a quick shower while I packed everything up just to be ready for later.  We had plans to go to the Museum of Natural History.

When we were both ready to go, I walked into the living room where he was petting the cat.  I sat down next to him and kissed him.  He ever so gently put his hand on my face.  I wanted that moment to last forever.  I tried reliving it many times after that trip.

Then, one thing led to another...

Museum time!  We go for pizza first.  He is still quite relaxed and I am finally feeling comfortable in his presence.  There were wonderful moments when one or both of us were quite silly.  Lots of laughing.  I was happy...

Museum was fun.  Time flew, and I needed to get to the airport.  He had an evening private lesson to teach.  Walking to the subway from the museum with arms around each other, he asked what I thought the chances were of a freak snow storm grounding all flights.  He made another comment or two about how he didn't want me to leave.

On the subway, holding hands, I started looking at his hand for the first time.  "I want to memorize it," I told him.  What was I doing?

Back at the apartment, sitting on the couch, holding hands, killing time until I simply had to catch a taxi, I asked, "When do you think you'll be able to come out to Utah and visit me?"  I could feel the fiber of the universe heaving and quivering in pain at where my mind was wondering off to.

Without so much as a pause, he answered, "Well, I've always hated New Years Eve, because I've never really been with someone on that night.  If I can make it work, I'd love to come for New Years."

I'm a little stunned.  Was expecting more of a "Oh, I just don't know.  It's so hard for me to travel with my teaching.  You are not important enough to me, so..."

He continues, "But if not that soon, then January or February for sure."

I very calmly respond.  "That sounds really good."  The Universe Fiber is writhing now.  It is, like, mad. Oh, I can feel it.

The next part should really be the last.  All the messy bits will be rolled into one nicely wrapped post.  Look for a precious letter from Emma, the worst Thanksgiving ever, and Paul Rudd in Part 9 of The Great and Terrible Story of The Boy. 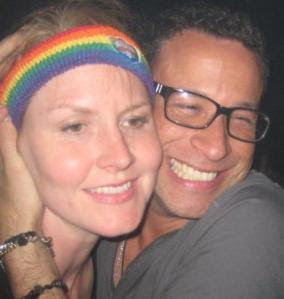 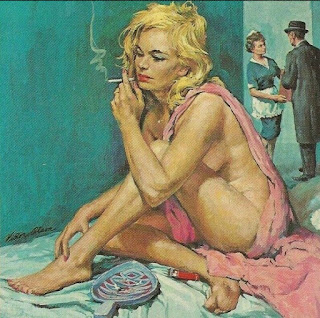